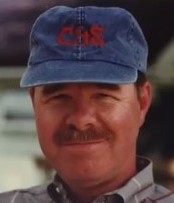 Orrin MacMurray “Mac” was born on Long Island, New York, and moved to Manlius, New York, in 1963. He graduated from Fayetteville-Manlius High School in 1965 and went on to obtain a Bachelor of Science degree in Civil Engineering from Indiana Institute of Technology in Fort Wayne, Indiana, in 1969.

Upon graduation, Mac joined the Penn-Central Railroad as a Management Trainee. His tenure with Penn Central was brief, being called to service with the United State Army in late 1969. After enlistment, Mac completed basic and advanced individual training at Fort Leonard Wood, Missouri, as a Combat Engineer. In 1970, he attended Officer Candidate School at Fort Belvoir, Virginia, and was commissioned Second Lieutenant in the United States Army Corps of Engineers. After active duty tours at Fort Drum, New York, and in the Republic of Vietnam, he reverted from active service to the reserves and rejoined the civilian world.

Mac entered the consulting engineering and construction profession in 1971 when he took a position in Syracuse as Resident Engineer in charge of construction for a wastewater treatment plant. Mac joined C&S Engineers, Inc., in 1972 and became a Licensed Professional Engineer in 1978. His first assignment was as a Design Engineer on wastewater facilities in the Syracuse area. A career that began as an Assistant Engineer some 20 years earlier progressed to where Mac was appointed President and CEO of C&S in 1994.

After becoming C&S CEO, Mac led the company to diversify. Subsidiary companies were established starting with C&S Design Build in 1994, C&S Technical Resources, Inc. in 1996 and C&S Operations, Inc. in 1997; all of which Mac lead the creation of. In recognition of Mac’s continuing role, after stepping down as Chairman in 2013, he is now Chairman Emeritus.

Throughout his career, Mac has been active in numerous professional associations and societies. Mac holds many volunteer positions outside of business as well. Mac continued his involvement with the military after leaving active duty in the US Army Reserve and rose to the rank of full Colonel in the United States Army Corps of Engineers before retiring.

When not engaged in business or public service, Mac enjoys woodworking in his shop at home and camping, as well as traveling with his wife Karen.